8th Ecological Forum Held in Association With Nornickel in Moscow

NornickelPublic Joint Stock Company "Mining and Metallurgical Company "Norilsk Nickel” and its subsidiariesGo to the glossary, Environmental Foundation of the Siberian Federal University, and Research Institute of Environmental Issues joined forces to organise the 8th Ecological Forum themed “Corporate Responsibility to the Future. Technology for Society and Nature”. The forum returned for the eighth year, but it was the first time it brought together representatives from government, business, academia, and civil society in Moscow. 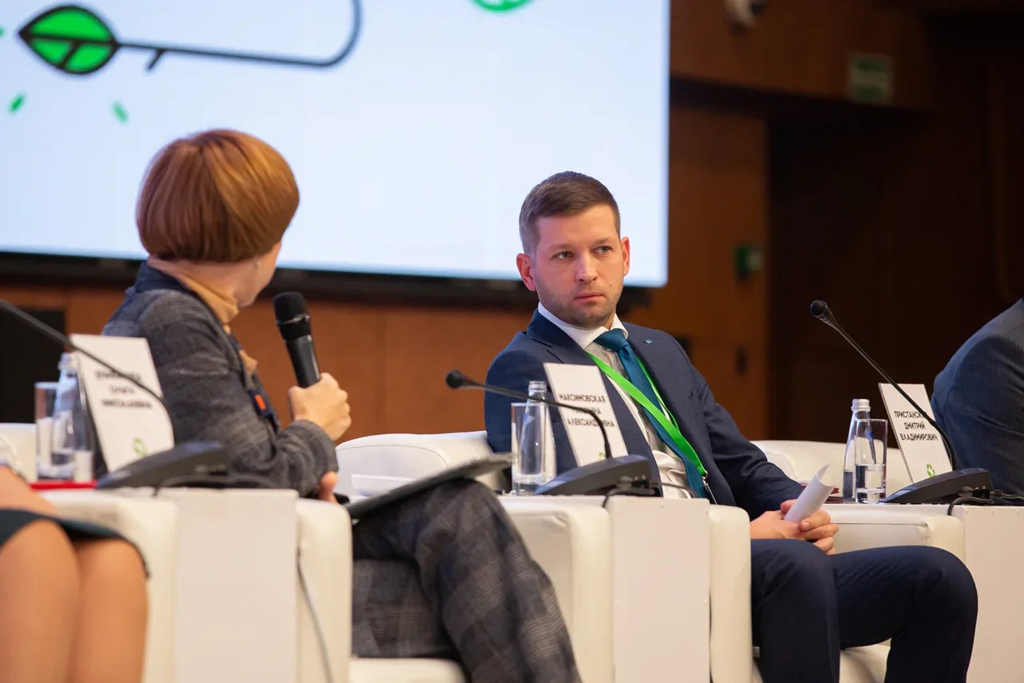 The two-day agenda included discussions on the environmental responsibility of big business to the future, the balance between regional socio-economic development and sustainable environment, the impact of SDGs on public-private partnerships, the best available technologies and the challenges of a technology-led revamp in the context of current environmental laws, and more.

The plenary session began with a welcome from Dmitry Pristanskov, State Secretary — Vice President of Nornickel, followed by a reading of government telegrams from Alexey Gordeyev, Russian Deputy Prime Minister, and Dmitry Kobylkin, Russian Minister of Natural Resources and Environment. Alexey Gordeyev stressed the importance of the role of business both for nationwide initiatives at large and for the Environment project specifically: “We have already entered the era of environmental responsibility where industry majors take the initiative to tackle the impact on the environment. The biggest achievement so far is that business has developed an understanding of its mission to ensure sustainable development.”

According to Vladimir Burmatov, Head of the State Duma Committee on Ecology and Environmental Protection, there is an apparent need for a legal framework that would clearly regulate the implementation of the Environment national project. “Nornickel has repeatedly voiced the need for an up-to-date regulatory framework, which is important for a company engaged in large-scale environmental projects beyond the Arctic Circle,” he said.

In his welcoming telegram, Dmitry Kobylkin noted that the implementation of ambitious initiatives such as the Environment project would not be possible without cooperation between the government and the private sector. “Our partners are businesses committed to maintaining ecosystem integrity and biodiversity, implementing best available and nature-like technologies that mitigate environmental impact and benefit future generations,” he said in his address to the forum.

“Environmental protection and incremental improvement of global environmental conditions, particularly in areas with a large industrial footprint, are what we should be aiming for to leave a sustainable legacy. No national project can be implemented without big business, its role cannot be overestimated. Nornickel has long-standing relationships with the government that are built on openness and transparency. The CompanyPublic Joint Stock Company "Mining and Metallurgical Company "Norilsk Nickel"Go to the glossary has a solid reputation of being the government’s reliable partner,” said Dmitry Pristanskov in his speech. One of examples of such partnerships is the Sulphur Project, Nornickel’s large-scale environmental initiative, which, in terms of financial expenses, will receive a significant share of non-budget spending under the Fresh Air initiative, a part of the Environment project. The Sulphur Project is expected to reduce sulphur dioxide emissions in the Norilsk Industrial District by 75% by 2023, with total investment commitments of over RUB 123 bn in  It is worth noting that over the last three years Nornickel has invested more than RUB 80 bn in environmental protection.

According to Dmitry Pristanskov, another example of fruitful partnership is the agreement Nornickel signed with Rosprirodnanzor to provide funding for environmental initiatives in the areas of its footprint. The Company will be working together with the federal agency to ensure that its metallurgical facilities have all necessary equipment to meter and monitor pollutant emissions, implement a RUB 34 bn production upgrade programme in the Murmansk Region, etc.

According to Vladimir Grachev, corresponding member of the Russian Academy of Sciences and Chairman of the Central Council of the All-Russian Society of Nature Conservation, some projects Nornickel has completed as part of its large-scale downstream reconfiguration indeed deserved recognition. “The first crucial step was the closure of the Nickel Plant (in 2016), which produced more emissions than the entire region. Given the importance of this facility for the production chain, I believe the management’s decision deserves recognition. Nornickel’s future plans also look impressive.”

One of the Company’s plans was unveiled on 17 October when Nornickel signed an agreement with the Murmansk Region authorities to upgrade or shut down outdated production facilities in the region. According to Vladimir Potanin, President of Nornickel, the need for the closure of the outdated smelting shop has been evident for a long time. “We live in a world that is increasingly led by technology, so it is obvious that this issue will have to be tackled sooner or later,” he said.

The decision was welcomed by both Russian and international environmentalists. “The statement of Nornickel President is a positive testament to the Company being on track to deliver the promised large-scale environmental transformations within its industrial policy. Moreover, the expected outcome — a nearly 50% reduction in emissions at the Norwegian border — has been achieved,” said Alexander Nikitin, Head of the Russian branch of the Bellona Foundation, an international environmental NGO. “So far, all Nornickel’s plans have come to fruition, and that is a good signal both to society and partners from neighbouring countries.” At the presentation of the book Nornickel — Environmental Ambitions, Bellona also drew attention to the fact that in  Nornickel’s capital investment in environmental protection and sustainable use of natural resources increased by 150%, with its environmental expenses reaching RUB 32.5 bn.

“The manufacturing industry is seen by many as the main culprit for environmental pollution, but in effect manufacturing businesses are the key drivers of environmental improvement, and Nornickel is a prominent example of this,” said Alexander Shokhin, President of the Russian Union of Industrialists and Entrepreneurs. What is more important, the benefits of their efforts are felt far beyond the boundaries of their localities. According to Vladimir Loginov, Deputy Minister of Natural Resources and Environment of the Russian Federation, the Fresh Air initiative is expected to cut total annual emissions in Russia by 22% by the end of 2024 and there are good prospects of reducing greenhouse gas emissions due to replacement of outdated equipment at major facilities. “Nonickel’s priorities to upgrade production assets and embrace green technologies are in tune with the global aspiration to curb environmental impacts,” he said.

In a concluding speech, Dmitry Pristanskov noted that the environmental forum Corporate Responsibility to the Future. Technology for Society and Nature has become a traditional event that provides Nornickel with a platform to share the progress in implementing its strategic environmental programme and to receive objective feedback. At the 2020 Forum, the Company is planning to provide an overview of its results. “Given that the Environment national project is scheduled to be completed by 2024, next year we will definitely see what we have achieved.”