Early results of the Big Clean-up in Norilsk

The company engaged in area improvement at NornickelPublic Joint Stock Company "Mining and Metallurgical Company "Norilsk Nickel” and its subsidiariesGo to the glossary’s Polar Division cleared over 750,000 sq m of the Norilsk Industrial District in the spring and summer, removing construction debris, scrap metal and dismantling run-down buildings.

Nornickel earmarked a total of over RUB 40 bn for the sanitary clean-up of industrial areas by implementing a large-scale programme named Clean Norilsk. In the few months following its launch in April 2021, the construction workers dismantled 64 hazardous buildings in the industrial area, namely metal garages, warehouses and other run-down and abandoned buildings once used for production purposes. Employees of the landscaping company have collected a total of about 73 kt of construction waste. Some 250,000 sq m were cleared at the area adjacent to Nadezhda Metallurgical Plant alone. 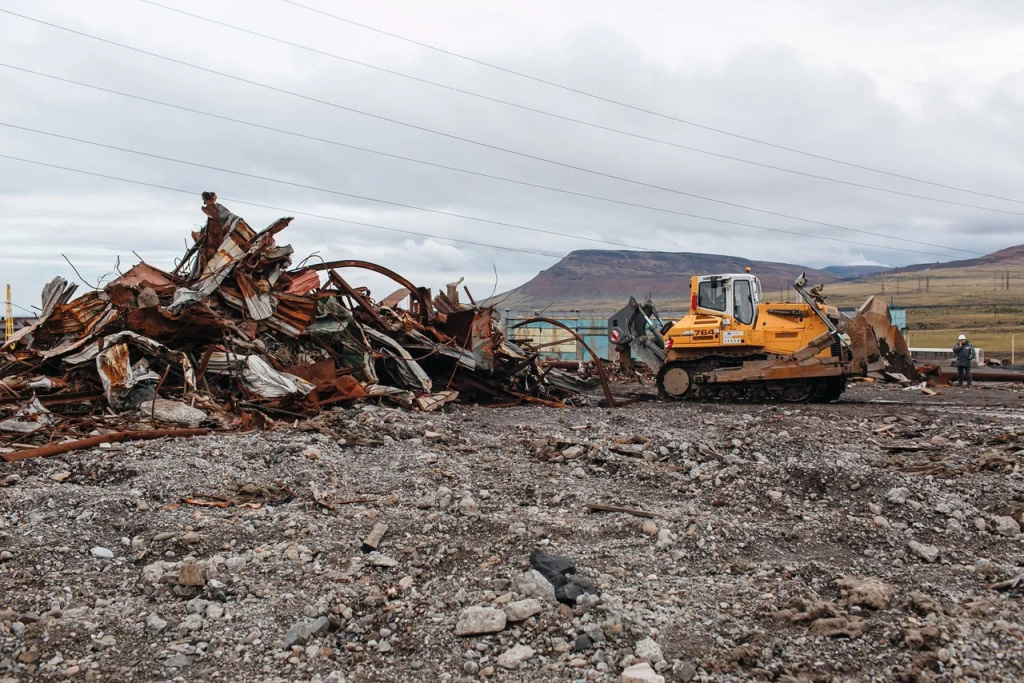 “We have removed over 5 kt of scrap metal from the cleared areas, and now we are making preparations for shipping it to the mainland for recycling. The bulk of the work will be done in the winter. In particular, we are going to cut metal constructions into several pieces so they can be shipped,” says Andrey Raduntsev, Head of Landscaping and Area Improvement at the Production Department of Nornickel’s Polar Division.

A total of some 1,000 people and 12 contractors are engaged in the area clean-up. A fleet of special-purpose machinery was acquired, to which Nornickel committed around RUB 4 bn. The landscaping company has already received over 100 vehicles: bulldozers, excavators and trucks. According to Andrey Raduntsev, these are custom-built, state-of-the-art vehicles that support multi-purpose attachments, such as hydraulic shears or hammers, high lift jibs, and crusher buckets for concrete demolition. The active phase of clearing the area from construction debris will last through late October. The workers will then begin disposing of the collected waste and dismantling run-down buildings. The landscaping programme at Norilsk and industrial areas is expected to be in effect all year round. The entire project is intended to span ten years.