NornickelPublic Joint Stock Company "Mining and Metallurgical Company "Norilsk Nickel” and its subsidiariesGo to the glossary connected Komsomolsky and Skalisty mines by means of counter-heading drivage during the phase one construction of Komsomolsky Stage 2. This large-scale strategic project aims to strip and mine the C2 reserves at Russia’s largest Oktyabrsky copper-nickel deposit of rich, сupriferous and disseminated ores. 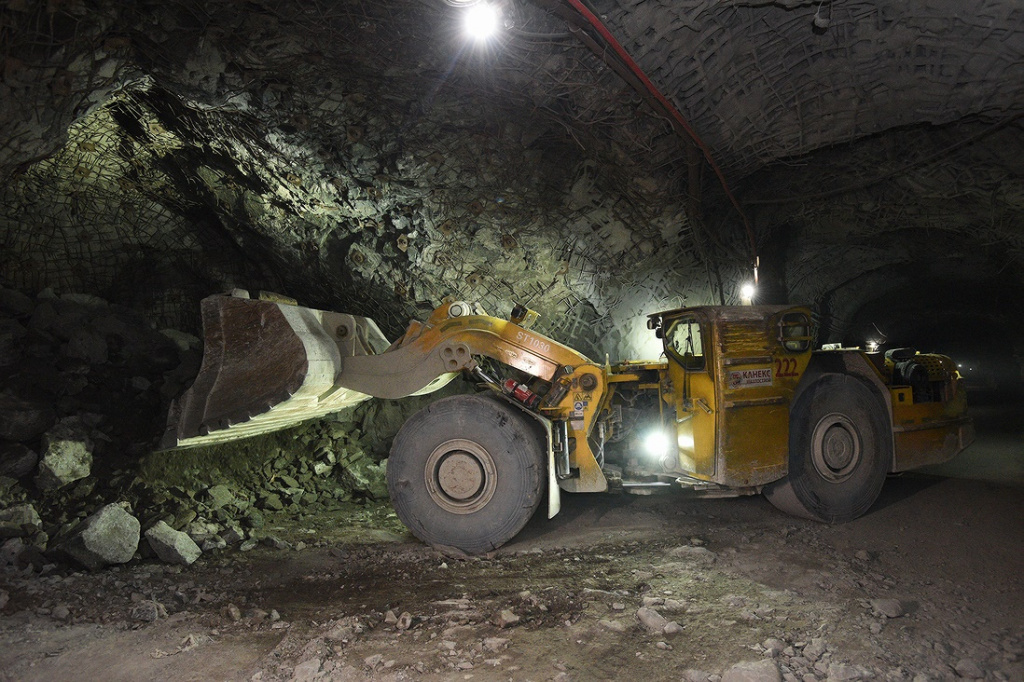 The breakthrough between the mines took place at the depth of 950 m in the project’s longest (more than 2 km) working.

According to experts, counter-heading drivage is rare in capital construction. Both mines will now have a shared ventilation system, which will significantly expand the operations and make it possible to drive mine workings and mine ore in several directions at the same time. With a positioning system and a wireless network already in place, the line personnel is able to promptly communicate with surface facilities. 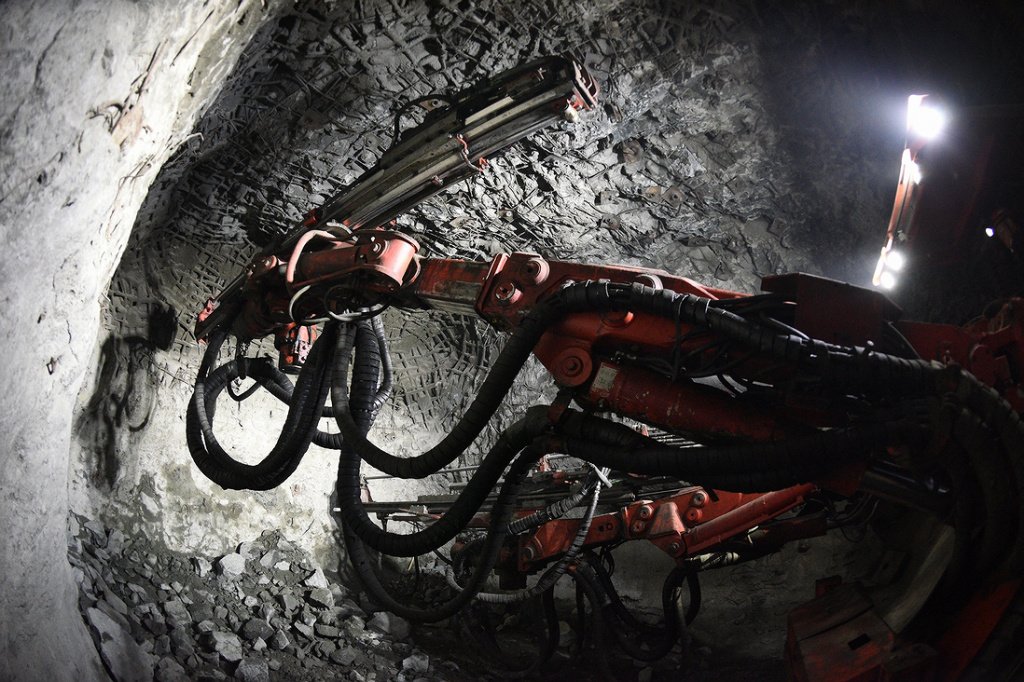 Komsomolsky and Skalisty mines are key to boosting the CompanyPublic Joint Stock Company "Mining and Metallurgical Company "Norilsk Nickel"Go to the glossary’s ore mining volumes on the Taimyr Peninsula, which are strategically set to grow by 75% to 30 mtpa by 2030. To this end, the Company makes every effort to build up its ore reserves and streamline processes. Launched in 2012, the Komsomolsky MineA mining location for the extraction of ores.Go to the glossary: Lower Horizon project is a case in point. Stage 1 of Komsomolsky Mine commissioned in 2017 involved the construction of 3,529 m of mine workings, 62,800 cu m of rock broken, and about 107 t of steelwork, equipment and various communication lines installed. With Stage 1 on stream, reserves at Komsomolsky increased by 100 ktpa of rich ore. Stage 2, which is estimated to cost RUB 15 bn, is currently under construction and slated for completion in H2 2023. Once on stream, it will increase the mine’s output by 400 ktpa of rich ore. 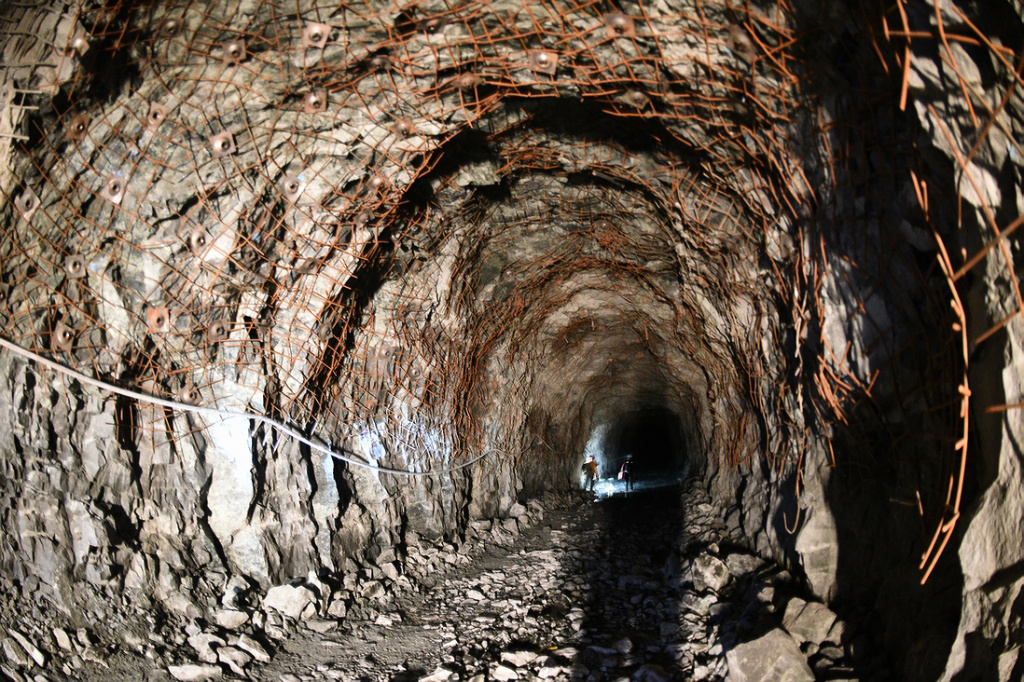 In  Polar Construction Company and Kanex GroupPublic Joint Stock Company "Mining and Metallurgical Company "Norilsk Nickel” and its subsidiariesGo to the glossary built the ventilation, backfilling, haulage, and transport levels at the depth of 950 m, completing about 5 km of workings out of 17 km planned. The construction saw some 80,000 cu m of rock broken. Currently drifting and support installation works are nearing completion. In 2020, the new horizons will be equipped with water, compressed air, electricity, and other communication lines.

In the course of phase 1 construction, the builders crossed one of the largest and most complex disturbances of the earth’s crust on the Taimyr Peninsula — the Norilsk-Kharaelakh fault. It features weak rock masses that are difficult to fortify. Thanks to their professionalism and teamwork, miners were able to cross the section of the fault in just two months. The working had arched support installed in response to challenging geological conditions.

Komsomolsky is one of the largest and most promising mines of Nornickel’s Polar Division, which has been developing Oktyabrskoye and Talnakhskoye deposits since 1971. In 48 years, Komsomolsky saw over 745 km of workings completed, with over 118 mt of ore mined. The mine’s current output stands at 3.8 mtpa and is expected to grow to about 6 mtpa by 2030.

Its reserves of rich copper-nickel sulphide ores have been nearly depleted. Currently, the Company is developing the remaining rich ores at the flanks of the Komsomolsky mine field, along with сupriferous and disseminated ores. The construction of permanent workings to mine rich ore is currently underway. The facility boasts a reserve-to-production ratio of 100 years.