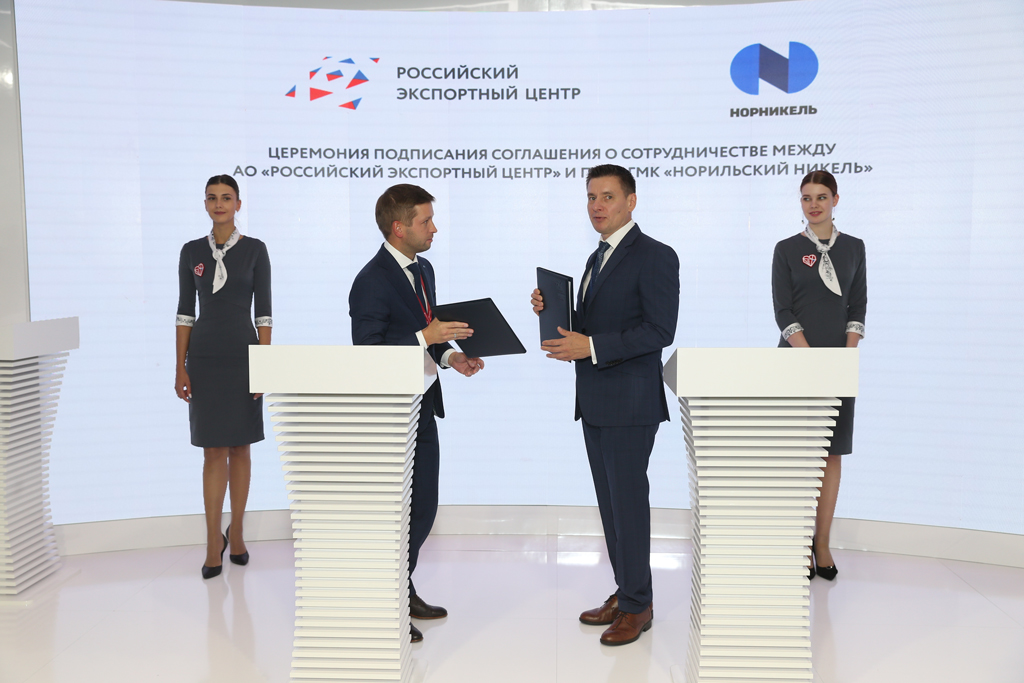 Under the agreement, REC will help find foreign customers for Nornickel, structure export projects, including by attracting insurance and credit products from the Russian Agency for Export Credit and Investment Insurance (EXIAR) and ROSEXIMBANK (both are part of REC GroupPublic Joint Stock Company "Mining and Metallurgical Company "Norilsk Nickel” and its subsidiariesGo to the glossary), and promote the Company in foreign markets.

The parties have decided to jointly participate in exhibitions and conferences on metal exports support and leverage REC foreign offices to facilitate Nornickel’s exports.

“Last year, REC Group supported over USD 400 mln of Nornickel’s exports. This year we are working on a number of new projects. Nornickel is primarily interested in our financial instruments, and hopefully we can scale our cooperation in this area,” said Andrey Slepnev, General Director of REC.

“Nornickel is one of Russia’s largest exporters. In 2018, the Company accounted for 2.6% of all Russian exports. Our products are shipped to 34 countries across the world. In today’s tough foreign trade environment, export support is critically important, and REC’s assistance cannot be overestimated. Under the cooperation agreement, we can rely on REC’s export support tools to facilitate access to foreign markets and promote our products abroad,” commented Nornickel’s Vice President Dmitry Pristanskov.