NornickelPublic Joint Stock Company "Mining and Metallurgical Company "Norilsk Nickel” and its subsidiariesGo to the glossary and the Association of the Indigenous Peoples of the Taimyr Peninsula have signed an addendum to complement an existing basic agreement. The document sets out a list of Nornickel-sponsored initiatives that are of particular importance for the indigenous communities and provides for increased funding. 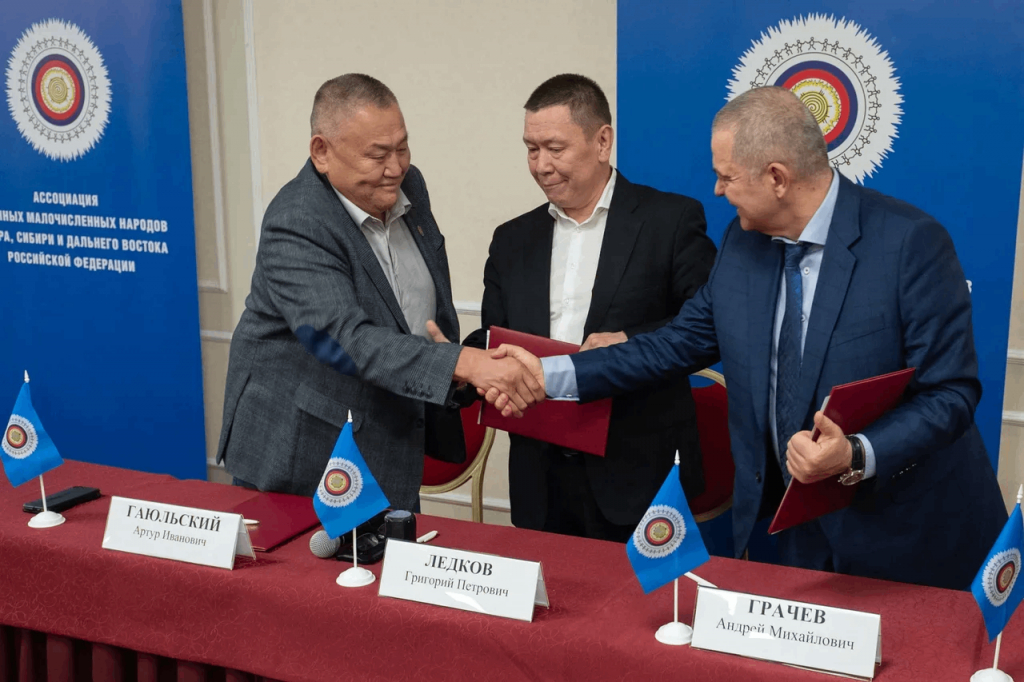 The changes to the agreement were introduced based on a request submitted by the Association of the Indigenous Peoples of the Taimyr Peninsula. They include an increase in financing for the construction of a new first-aid and obstetric post in Volochanka and add a number of additional initiatives in support of the International Decade of Indigenous Languages held in Russia under the sponsorship of the Federal Agency for Ethnic Affairs. Among other things, the addendum envisages release of several linguistic and literature textbooks, support for newspapers published in indigenous languages, development of methodological guidelines for the learners of indigenous languages and some other initiatives.

There will be additional funding allocated on top of the financing approved for a five-year programme focusing on the support of traditional indigenous activities and protection of native habitats. The above programme was first stipulated in a 2020 agreement signed with three organisations representing more than 90% of indigenous peoples of the Russian North and the larger part of Taimyr’s indigenous communities. The programme includes 42 projects designed to support traditional indigenous activities on Taimyr and the implementation of housing, healthcare, education, culture, sports and other projects, with a total of RUB 2 bn earmarked for these initiatives. In 2021, this amount was increased by RUB 100 mln.

“The support Nornickel extends to indigenous peoples is a testament to the flexibility and consistency in its work with local communities. This agreement underscores our commitment to the sustainable development of Taimyr’s indigenous population. We continuously monitor the needs of specific communities and stay in touch with the CompanyPublic Joint Stock Company "Mining and Metallurgical Company "Norilsk Nickel"Go to the glossary to fine-tune certain provisions of our agreements. Most amendments are introduced to reflect an increase in the number of relevant initiatives and higher financing for critical assistance programmes,” said Grigory Dyukarev, Chairman of the Association of the Indigenous Peoples of the Taimyr Peninsula, Krasnoyarsk Territory.

“Nornickel works hard to fully meet the UN Sustainable Development Goals. The Company’s approach to indigenous communities is not an attempt to jump on the bandwagon or butter them up, but an honest, transparent and well-informed desire to develop the ethnic dimension of the corporate culture. We not only finance critical programmes to support the traditional lifestyles and trades of indigenous peoples, but also aim to build partnerships with all the key stakeholders, including associations and individual communities. We seek to respond to all the programme adjustment requests based on the updated agenda, of which the indigenous peoples have a much better understanding than we do. This is especially true for initiatives designed to support, promote and protect indigenous languages, as languages are the key medium for preserving the historical memory across generations,” said Andrey Grachev, Vice President for Federal and Regional Programmes at Nornickel.

The addendum was signed at a round-table discussion on the results of an ethnological expert review to study the drivers of indigenous minorities’ sustainable development on Taimyr. The discussion was organised by the Association of Indigenous Minorities of the North, Siberia, and the Far East of the Russian Federation. Between December 2020 and July 2021, Taimyr saw extensive research into the changes in the native habitat of indigenous northern minorities residing in the western part of the Taimyrsky Dolgano-Nenetsky Municipal District, Krasnoyarsk Territory, as well as the changes in the social and cultural situation following the incident at HPP-3 in Norilsk on 29 May 2020. The scientific organisations that participated in the review included Miklukho-Maklai Institute of Ethnology and Anthropology, Peter the Great Museum of Anthropology and Ethnography (the Kunstkamera), The Expert Center Project Office for Arctic Development and others.

The representatives of the indigenous communities praised Nornickel’s openness and determination to remedy the damaging effects of the May 2020 incident on their habitats and livelihood, emphasising the relevance and significance of the review not only for Taimyr, but also for many other Russian regions.

When delivering his closing remarks, Grigory Ledkov, President of the Association of Indigenous Minorities of the North, Siberia, and the Far East of the Russian Federation, noted that the ethnological expert review is a potent tool for gaining insights into the actual development of indigenous ethnic minorities across Russia. “In Russia, indigenous peoples are present in 35 regions. I am sure most of these regions have never seen an ethnological expert review as comprehensive as the one we discussed today based on the Taimyr example. I am glad that Nornickel supports this kind of research and makes it possible for leading Russian experts to work for the benefit of indigenous peoples. I am hopeful we can roll this practice out to all Russian regions that house indigenous peoples,” said Grigory Ledkov.