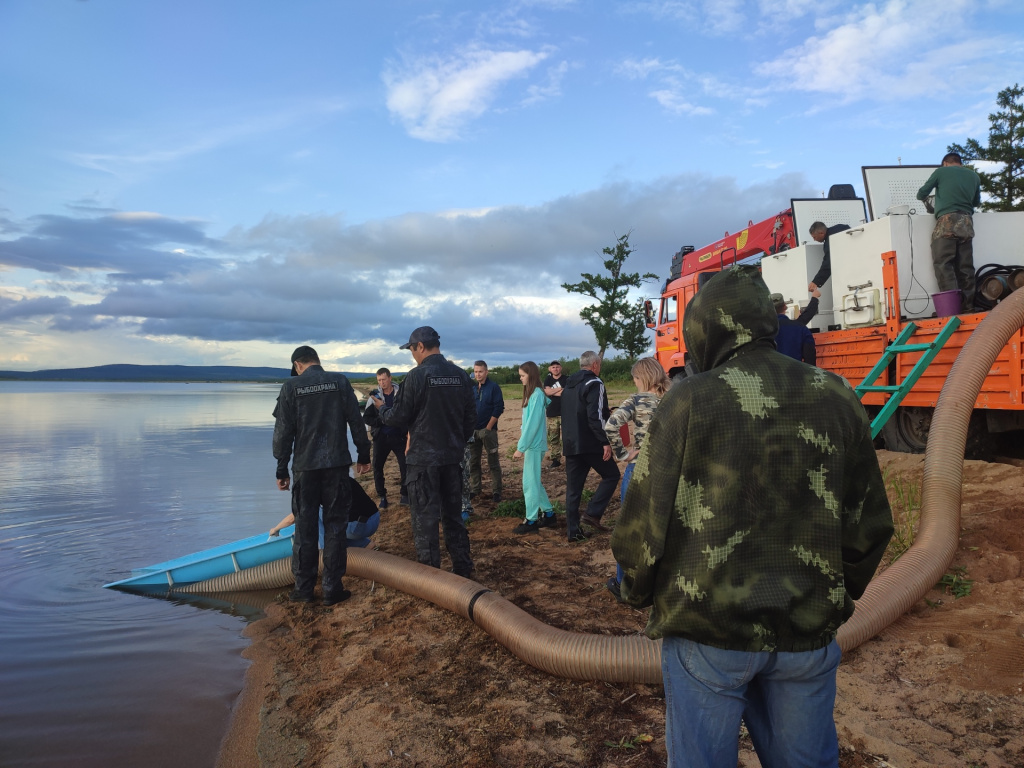 On 16 August, 65,000 Siberian sturgeon fry were released into the waters of the Yenisei river near Dudinka. The release was organised by Norilsktransgaz and Nornickel Technical Services, two subsidiaries of Nornickel. The cost of the release of this batch of juvenile fish was 6.5 million roubles.

The sturgeon were raised at the Norilsk fish hatchery. Valentina Zadoynova, the chief fish breeder of the hatchery, said that the hatchery meets all of the requirements that ensure that the fish reach the required weight and are adapted to living in the natural habitat. The fry released in Dudinka are 1.5 months old and weigh 1.4 grams, which is over the viable weight of 1 gramme.

Maxim Korobinsky, Deputy General Director of Norilsktransgaz for Industrial Safety, Employee Protection and Environment, commented: “We do everything possible to minimise our impact on the environment. For us, improving the environment as part of our production activities has always been a priority, while Norilsktransgaz has been restocking fish supplies since 2018. Siberian sturgeon fry, which is listed in the Red Book of the Russian Federation, were released once again today.” 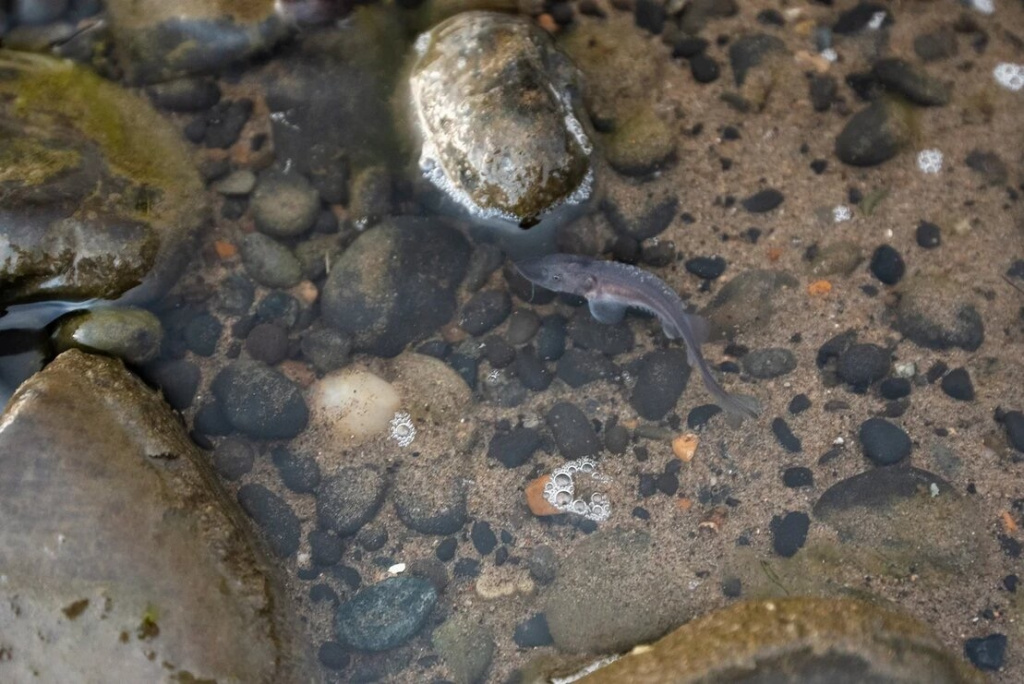 Additionally, nearly 135,000 juvenile carps were released into Lake Shaksha in the Trans-Baikal Territory by environmentalists of Bystrinsky GOK, another Nornickel facility. This is the first batch released in 2021. Nornickel plans to release about 350,000 juvenile fish into these waters by the end of the year.

A strategic decision was made to select the Shaksha Lake of the Ivano-Arakhleisky Nature Reserve for fish stocking. The natural habitat of the reservoir is favourable for carps. It has comfortable temperatures as well as required food. As carp grows quickly, the fry will produce their first spawn in three years.

The fry was cultivated at the Selenginsky Experimental Fish Hatchery of the Baikal branch of Glavrybvod, Federal State Budgetary Institution of Republic of Buryatia. The old fry travelled 800 kilometres in special water tanks where a specific temperature was maintained, and oxygen was supplied. The fry were released into the lake through special pipes. 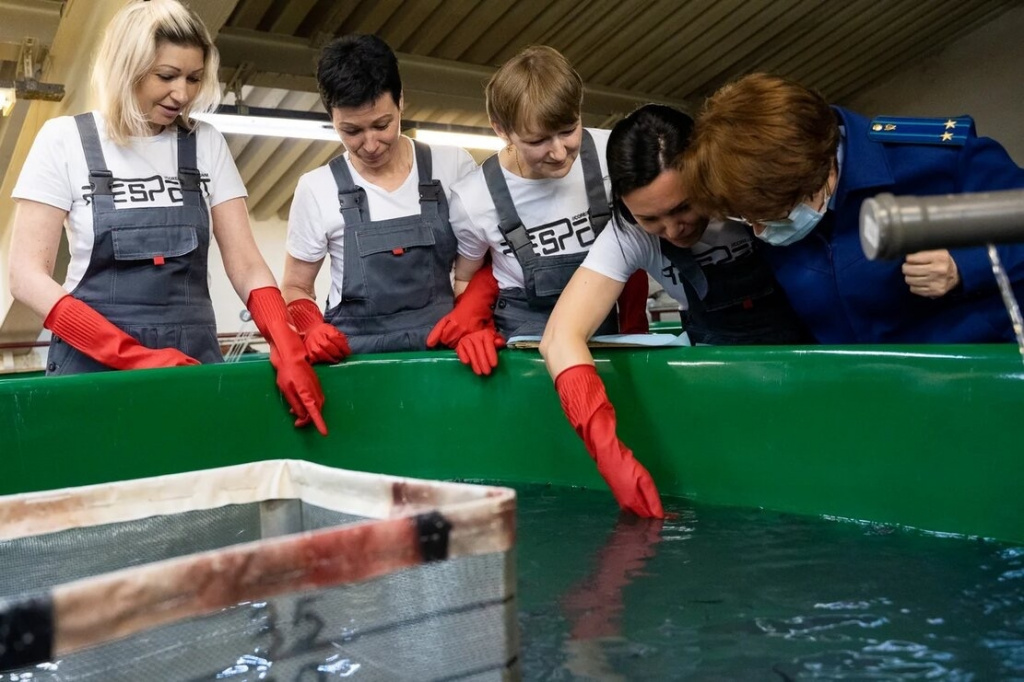 The client companies and representatives of Rybohrana also participated in the release of the fry. Igor Solodimov, deputy head of the Glavrybvod branch said: “We travelled 700 kilometres from Ulan-Ude to Chita and then another 100 kilometres to Shakshinskoye Lake. We made several stops on the way to check the level of oxygen, to change the water so that the fry were comfortable while travelling. I hope that these compensatory activities will be beneficial for local people who spend holidays and fish here.”

Addressing environmental issues and taking care of the territories where we live and work is one of the priorities of Bystrinsky GOK. Artificial reproduction of aquatic biological resources takes place annually. 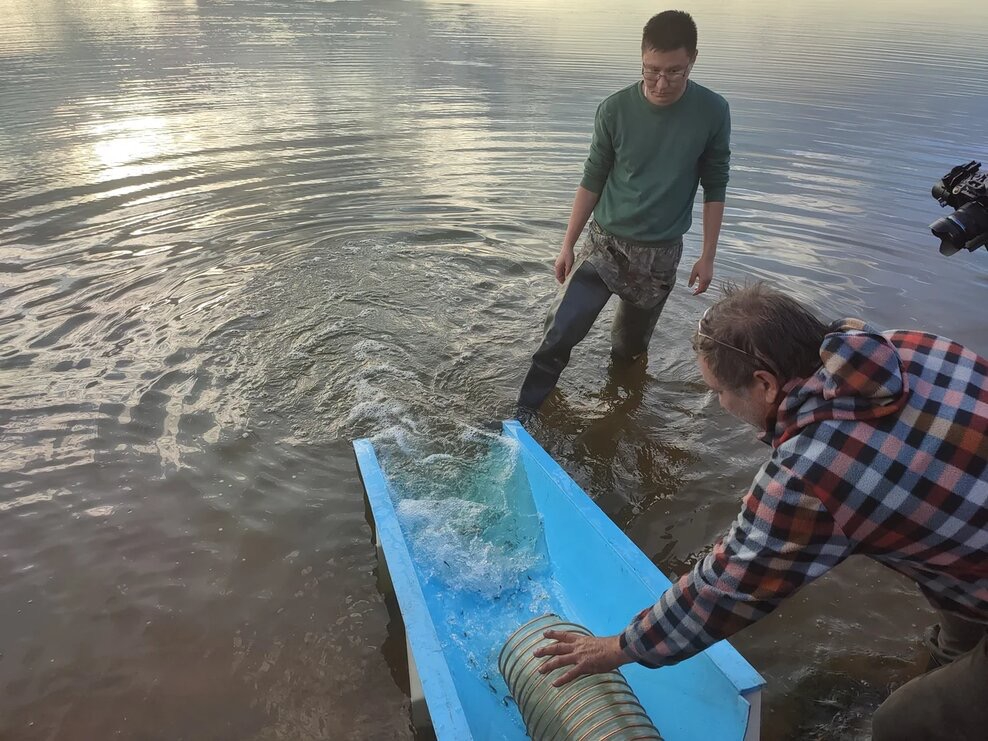 Nornickel supports biodiversity and works to increase the number of rare and valuable biological species in all regions where the Company operates. Every year, tens of millions of roubles are allocated for stocking. In the last five years alone, the Yenisei River has been replenished with over 1.2 million Siberian sturgeon fry due to the efforts of the Company. Nornickel is also replenishing stocks of grayling, char and other species as part of an extensive stocking programme which was launched in line with scientific recommendations. This programme, in turn, is part of the company’s efforts to reduce its environmental impact. In 2021, Nornickel approved a new environmental strategy that covers all major areas of environmental impact, particularly climate change, air, water, tailings and waste management, soil, and biodiversity.