Nornickel enters into contract for construction services under sulphur programme

NornickelPublic Joint Stock Company "Mining and Metallurgical Company "Norilsk Nickel” and its subsidiariesGo to the glossary has signed a contract with Velesstroy for a range of construction services as part of its sulphuric acid neutralisation project at Nadezhda Metallurgical Plant. This is a new milestone of the Sulphur Project, Nornickel’s most ambitious initiative to achieve major environmental improvements. 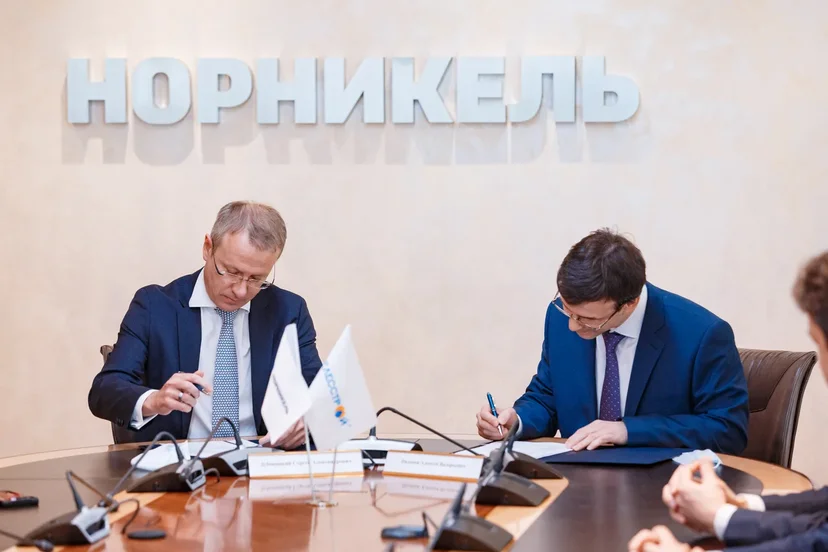 The Sulphur Project initiatives form a part of the Fresh Air national project. The initiative to be rolled out at NMP relies on sulphur dioxide recovery to produce sulphuric acid as well as gypsum following its subsequent neutralisation with natural limestone. As a result of the project, the sulphur dioxide capture is set to reach at least 99% at the affected flash smelters, reducing emissions in Norilsk by at least 45% vs 2015.

Sergey Dubovitsky, Senior Vice President, Head of Strategy and Strategic Project Management, Nornickel, commented: “Today’s signing is a significant strategic event for us. Velesstroy is one of the major players in the Russian construction market. The agreement is in line with our plans and strategy for the implementation of our large-scale investment programme and the Sulphur Project as one of its key elements”.

In the coming years, Nornickel is going to invest USD 5.5 bn in environmental initiatives. In addition to reducing sulphur dioxide emissions, the environmental programme involves waste collection and land rehabilitation in the Norilsk Industrial District, construction of treatment facilities, and safe waste management.

The scope of the contract includes the supply of equipment and materials, construction and installation, pre-commissioning, and comprehensive testing support.

Incorporated in 1996, Velesstroy has today become a leading contractor in building oil-and-gas and energy facilities, industrial and civil construction, EPC contracts and design.

The company operates across Russia — from the Yamal Peninsula in the north to the Krasnodar Territory in the south, and from the Leningrad Region in the west, to the Sakhalin Island in the east. Velesstroy contributed to the construction of the first stage of the Eastern Siberia — Pacific Ocean oil pipeline, as well as built tanks and the first line of Yamal LNG.