Moscow, 18 October 2021 — MMCMining and Metallurgical CompanyPublic Joint Stock Company "Mining and Metallurgical Company "Norilsk Nickel"Go to the glossaryGo to the glossary Norilsk Nickel, the world’s largest producer of palladium and high-grade nickel and a major producer of platinum and copper, announces the recommissioning of Ust-Khantayskaya HPP in Norilsk following modernisation. The power plant has reached its full capacity after its last (seventh) hydroelectric unit was replaced. This unique project of upgrading Russia’s northernmost HPP is another effort made by NornickelPublic Joint Stock Company "Mining and Metallurgical Company "Norilsk Nickel” and its subsidiariesGo to the glossary as part of its programme to revamp energy infrastructure and produce carbon-neutral metals. 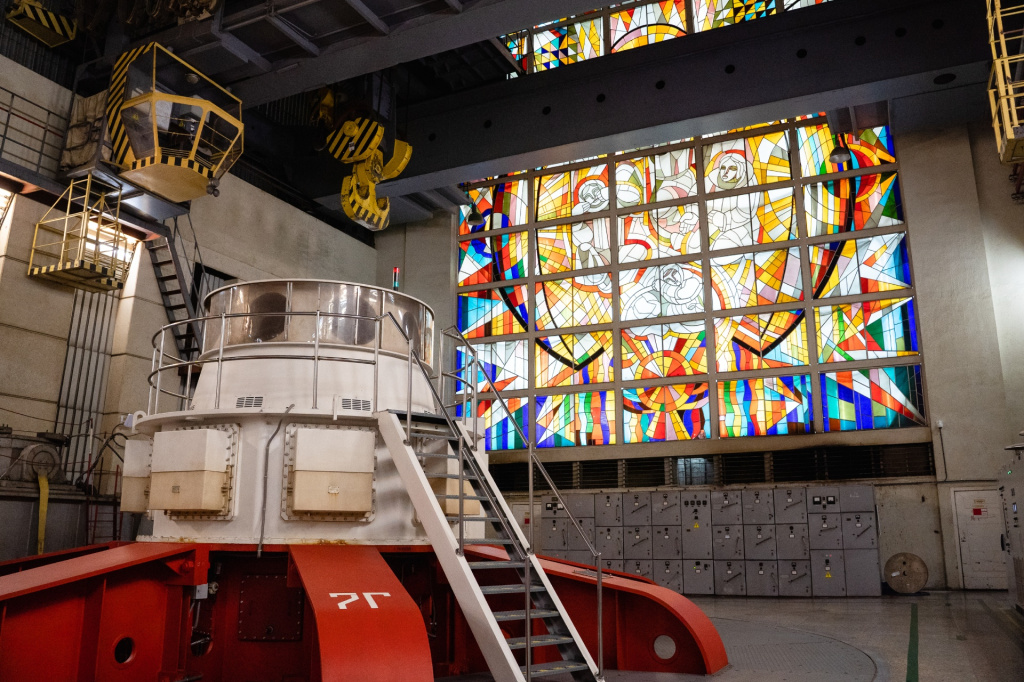 Nikolay Shulginov, who gave a command to launch the seventh hydroelectric unit, said: “With the upgrade comes higher capacity and performance efficiency for the station, and what is even more important: better reliability of the whole plant and the region’s power grid. The team has worked in the harsh climate of the Arctic at a running facility. They had to use unique technology and equipment from domestic manufacturers”.

“Energy system modernisation is one of Nornickel’s key priorities. In the long term, the Company focuses on renewable energy sources, sharing the general trend towards making future projects as eco-friendly as possible. The replacement of hydroelectric units at Ust-Khantayskaya HPP has proved a strong contribution to providing settlements in the north of the Krasnoyarsk Territory and the Company’s major assets with reliable and environmentally friendly power supply,” said Evgeny Fyodorov, Nornickel’s Vice President for Energy.

Since 2012, when the Company adopted a resolution on large-scale reconstruction of Ust-Khantayskaya HPP’s generating capacities, seven hydroelectric units have been fully replaced. Nornickel has reconstructed the main generator hall and electrical shop, built a new compressor station, and introduced a new automated dispatch system. Investments in the modernisation of generating equipment totalled around RUB 7.5 bn.

The work completed to date is unique, as it was done in stages without compromising the reliability of the Norilsk energy system. The upgrade helped increase the capacity of Ust-Khantayskaya HPP from 441 MW to 511 MW, essentially turning it into an energy facility aligned with all the latest technology and environmental standards.

It is the modernisation of energy assets that enabled Nornickel to deliver the first 5,000 tonnes of carbon-neutral nickel. The replacement of hydroelectric units at the Ust-Khantayskaya HPP proved a strong contribution to Nornickel’s programme to cut down on greenhouse gas emissions. As of today, the first batch of carbon-neutral nickel cathodes has been delivered to a Rotterdam warehouse approved by the London Metal Exchange (LME) and is awaiting tokenisation at the Atomyze platform. The launch of the seventh hydroelectric unit following its replacement will make it possible to ramp up carbon-neutral production as early as this year.

Ust-Khantayskaya HPP is a structural unit of Norilsk-Taimyr Energy Company, a part of Nornickel GroupPublic Joint Stock Company "Mining and Metallurgical Company "Norilsk Nickel” and its subsidiariesGo to the glossary. By its location and operational mode, the region’s power grid is isolated from the national grid, which means stricter requirements in terms of reliability and undisrupted operations. The HPP’s seven replaced hydroelectric units had been in operation for around 50 years. The new hydroelectric units have an installed capacity of 73 MW instead of the previous 63 MW. The new equipment has an efficiency factor of almost 95%.