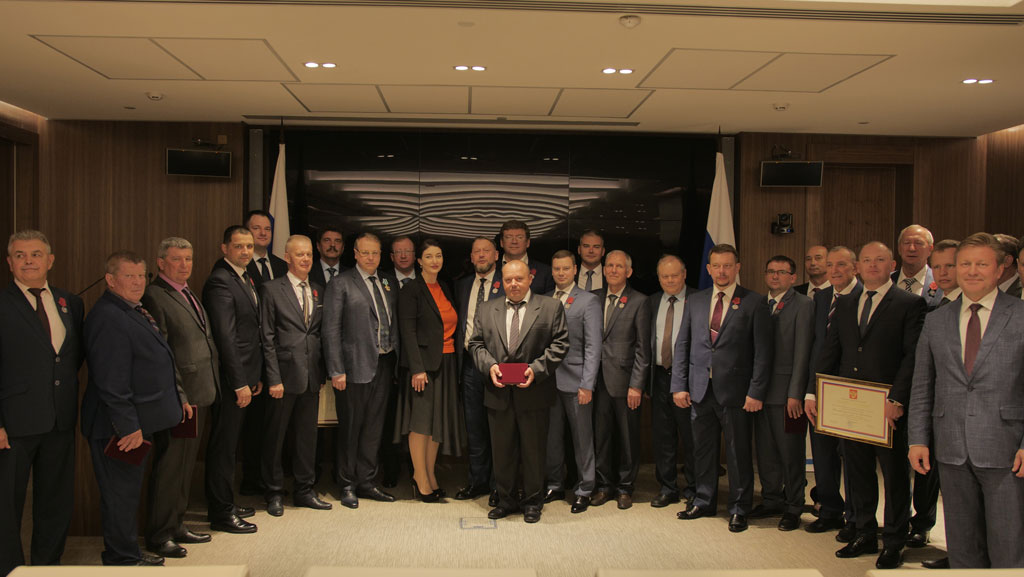 “This is the highest recognition of your contribution to businesses and entire industries,” said Denis Manturov. “The today’s event has brought together those in charge of the country’s key industrial processes, albeit represented by various professions. What all of you have in common is professionalism, dedication and commitment. Taken together, these strengths enable us to accomplish the most complex tasks of national significance, such as, for example, building Bystrinsky GOK — a flagship greenfield project in the mining industry completed in the shortest possible time.”

“Receiving government awards is a great honour for the entire Company,” said Sergey Dyachenko, Nornickel’s First Vice President and Chief Operating Officer. “We are very pleased to see the efforts of each project team member so highly appreciated.”

The following six employees of the Company were awarded the Presidential Certificate of Honour: Bella Amkhadova, Head of unit at the HR Department, Dmitry Vinogradsky, Head of the Safety and Security Department, Dmitry Trofimenko, division manager, and Mikhail Gushan, excavator operator (all employed by GRK Bystrinskoe). The Certificate was also presented to Andrey Volokitin, chief engineer, and Aleksandr Motaev, Deputy CEO for Production (both employed by Vostokgeologiya).

Bystrinsky GOK is one of the largest greenfield projects in Russia’s mining industry. Located in a hard-to-reach area of the Trans-Baikal Territory, the facility took a mere 3.5 years to complete. Its key production processes are fully automated. Since October2017, Bystrinsky GOK has been operating in the pre-commissioning mode. After reaching the design capacity in late 2019, Bystrinsky GOK will be producing ca. 3 mt of magnetite concentrate, 260 kt of copper concentrate and 252 koz of gold per year. The magnetite and copper concentrates are sold to Russian and Chinese customers (Japan and South Korea are prospective markets), while the gold concentrate is intended for further processing at Nornickel’s facilities.