Moscow, December 23, 2020 — MMCMining and Metallurgical CompanyPublic Joint Stock Company "Mining and Metallurgical Company "Norilsk Nickel"Go to the glossaryGo to the glossary Norilsk Nickel, the world’s largest producer of palladium and high-grade nickel and a major producer of platinum and copper, is shutting down a smelting shop in the town of Nikel in Russia’s Murmansk region. It is the company’s oldest production facility to date. Its shutdown is part of NornickelPublic Joint Stock Company "Mining and Metallurgical Company "Norilsk Nickel” and its subsidiariesGo to the glossary’s comprehensive environmental programme, which aims to significantly reduce the environmental impact at all production sites. With the closure of the shop, hazardous emissions into the atmosphere at the Russia’s Norwegian border will cease. 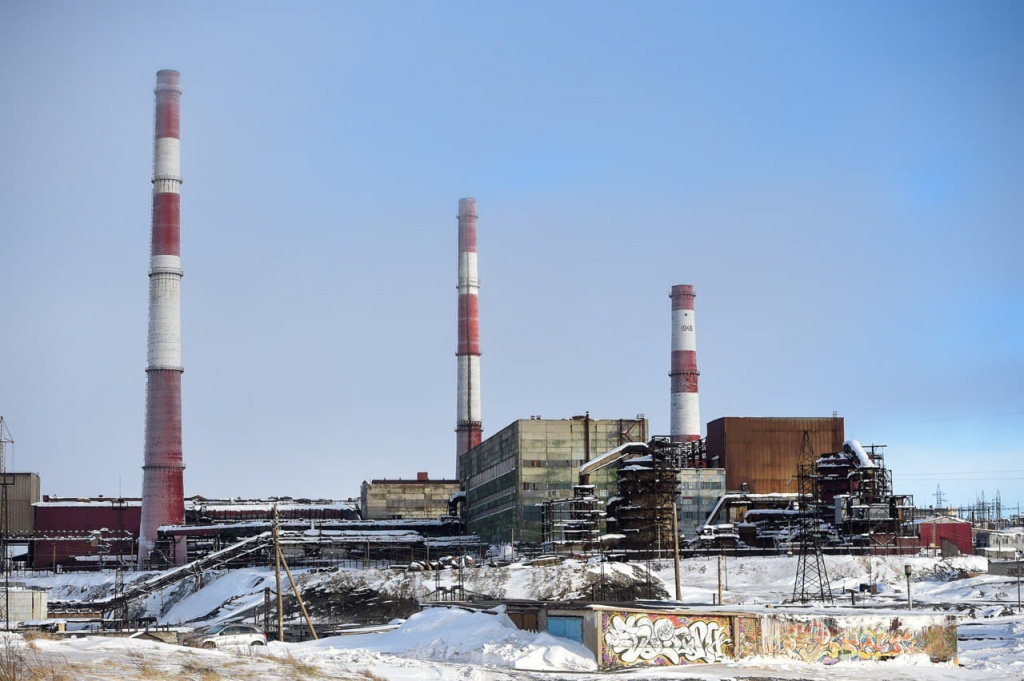 SmeltingA pyrometallurgical process performed at high temperatures enabling the complete melting down of the processed material.Go to the glossary shop in the town of Nikel

Nornickel’s President Vladimir Potanin commented: “Today will be a symbolic event — the melting of the ‘last ladle’, after which the smelting shop will be closed. This is a historic event for Nornickel. Following the closure of the smelting facilities in Nikel, we are modernising our metallurgical production in Monchegorsk, including the construction of new state-of-the-art facilities. It is important for us to ensure that our own production meets modern requirements. Nornickel produces commodities that are in demand and beneficial for the economy of the future — our metals are used in batteries and car catalysts. This allows us to say that on the map of our country, on the map of the world, there is an environmentally advanced company which also produces goods for the green economy.”

Murmansk Region Governor Andrey Chibis said: “The company’s decision to close the smelter was certainly a forced measure aimed at reducing harmful emissions into the atmosphere. But overall, it is a reconfiguration of the Kola Mining and Metallurgical Company’s production facilities, modernisation, implementation of modern technologies and an increase in the output of the company’s main products in our region. The most important task initially was to take into account what employees here wanted. To take all possible measures for social adaptation of the shop’s employees. The workers who wished to remain with the company were offered jobs in other units. For those who decided to try their hand at entrepreneurship, good starting conditions were created”. 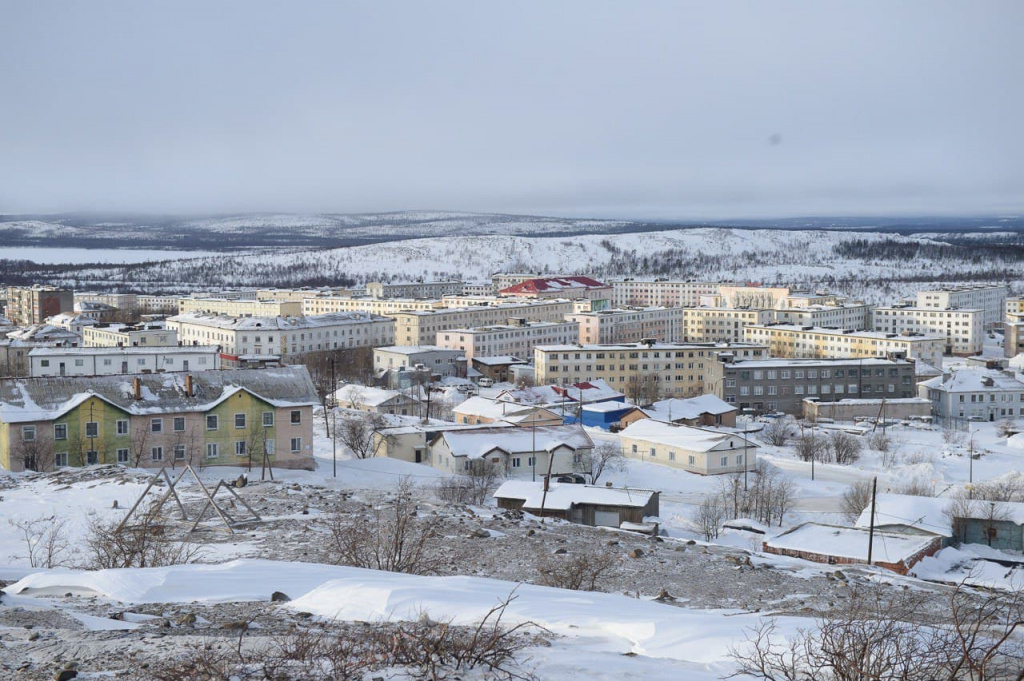 Bird's eye view on the town of Nikel

The decision to close the smelting facility was made by Nornickel in November 2019. The closure will completely eliminate sulphur dioxide emissions in the cross-border area with Norway. Due to the implementation of the programme, it is planned to reduce sulphur dioxide emissions at Kola MMCKola Mining and Metallurgical CompanyGo to the glossary by 50% in 2020 and by 85% by 2021.

The industrial site may be preserved if an option for its use can be found. Nornickel supported a competition among investors willing to implement an industrial or cultural business project at the vacated smelter site. Its prerequisite was the ecological transformation of the industrial zone, the creation of green production facilities and new jobs. The winning project was the establishment of a metallurgical mini-mill for the production of grinding balls and long products (LLC Sirius). Nornickel plans to support the winner’s project in the form of advisory assistance, commitments to repurchase part of the products, provide preferential terms and reduced tariffs for material and technical resources, etc.

With the closure of the smelter, the production chain will be adjusted: concentrate from the Zapolyarny concentrator will be delivered to concentrate shipment hubs, from where it will be supplied to consumers. The technical re-equipment of the plant and the parallel construction of the concentrate loading facilities are important components of the Nornickel’s environmental project.

A crucial aspect in the decision to close the smelter was support for the shop’s staff. The company used its successful case of shutting down the obsolete Nickel Plant in Norilsk in 2016 as a model. Nornickel provided social guarantees for the shop’s personnel: convenient transfer to other company’s operations, retraining and pension programmes. Of the 660 employees at the smelting shop, 72% chose to continue working in the company’s divisions. Most of them are already employed, and the procedure for employment of the rest will be completed shortly. The company will spend over 900 million roubles for a set of measures and social programmes for the smelting shop employees in

Another important issue is the comprehensive development of the area after the shutdown. In cooperation with regional and municipal authorities, the company has set up a Development Strategy for the Pechenga District, which contains fundamentally different approaches to the development of the territory. In order to implement the strategy, the company has taken on the responsibility to attract new businesses and social entrepreneurs to the district. In 2020, a contest was held among entrepreneurs, based on the results of which 11 entrepreneurs will receive interest-free loans from Nornickel to develop business projects with a total borrowing amount of 185 million roubles. New enterprises are expected to be opened as early as 2021, which will open 145 new jobs in the area.

The smelting shop in the town of Nikel is the oldest metallurgical facility of Kola MMC. Before the Great Patriotic War, the area on which it was located belonged to Finland. The construction of the smelting shop was organised by a Finnish-Canadian consortium, Petsamo Nikkeli, in 1938. The construction was completed in 1942 by Finland and Germany. In 1944 the factory was blown up when the German army retreated. After Nikel was passed to the Soviet Union, the reconstruction of the smelter started. On November 19 1946, the first five tonnes of Soviet high-grade matte were produced.

Throughout its history, the smelting shop was modernised and expanded several times. In the 1960s, powerful ore-thermal electric furnaces, converters and a pilot plant for the production of roasted pellets were put into operation in the smelting shop. In the 1970s, the converter slag depletion furnace was commissioned and a sulphuric acid plant was built.

In 1991, the smelting shop in Nikel became one of the largest in the industry. It was processing 1.33 million tonnes of ore material and churning out 100,000 tonnes of high-grade matte per year.

In 1998, the smelting shop became part of the newly formed Kola MMC. As part of the smelting shop’s emission reduction plan, a number of measures were taken: automatic charging was introduced in the ore-thermal furnaces, and frequency converters to control exhaust blowers were installed at the converter. In 2013, the shop saw the construction of a new casting, a special platform for installing molds into which high-grade matte is poured. In 2016, the shop’s ore-thermal furnace No. 5 underwent overhaul.