On 26 February, the ‘Second School’ Social Projects Centre in Pechenga District hosted an online round table to discuss the district’s future after the closure of the smelting shop in the town of Nikel. The round table gathered the representatives of the Federation Council, Russia’s State Duma, the Murmansk Region Government, NornickelPublic Joint Stock Company "Mining and Metallurgical Company "Norilsk Nickel” and its subsidiariesGo to the glossary, the local administration, entrepreneurs, environmentalists and other experts. The attendees stressed how important it was to shut down the obsolete and outdated factory for the territory’s development, as well as Nornickel’s active involvement in the territory’s transformation. 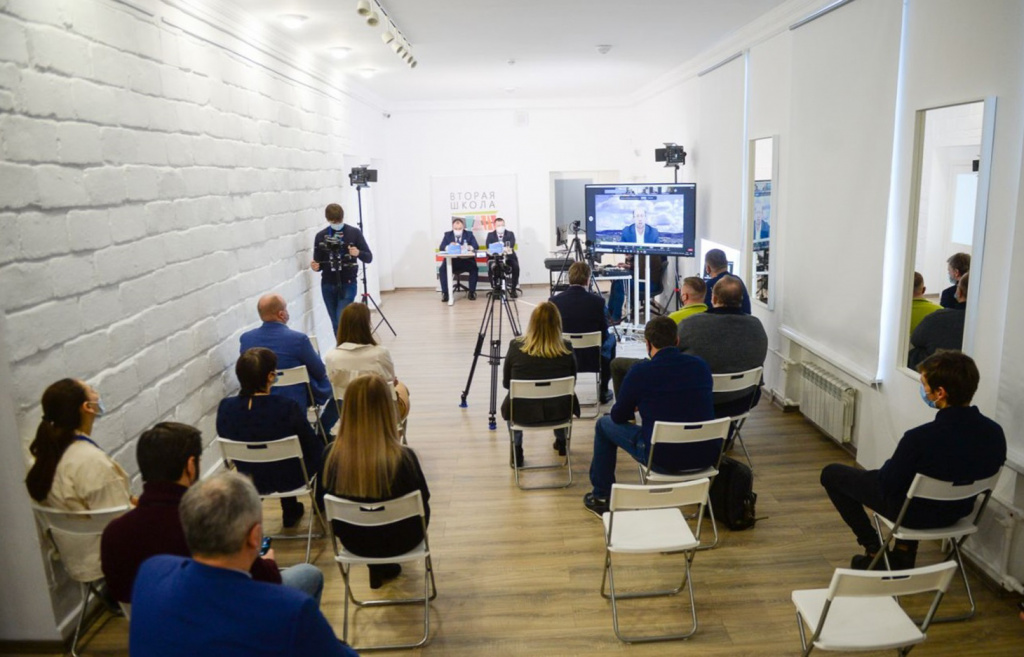 Rountable attendees discuss the future of the Pechenga District

“The development of the Pechenga District is one of the priorities for the Murmansk Region. Nornickel initiated a programme for the district’s socio-economic development until 2025, which combines the intentions of the authorities and business. This includes industrial, agricultural and aquaculture sectors, as well as tourism and services. It is very important that this set of measures be based on concrete investment projects. Here again, we should say thank Nornickel and the Second School Social Projects Centre. They have conducted a competitive selection process and picked 11 projects, which will receive interest-free loans from the company,” said Tatiana Russkova, Minister of Economic Development of the Murmansk Region.

The development programme is inextricably tied with Nornickel’s plans to become a green company, and an important step in this direction was the closure of the company’s smelting shop in Nikel in December 2020. 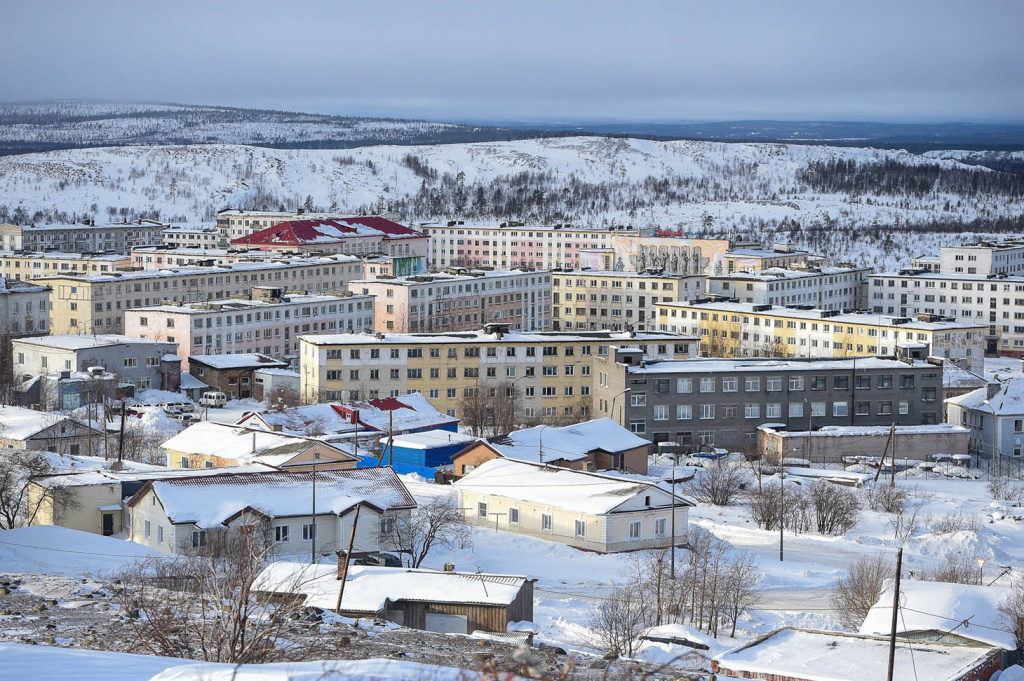 The Arctic town of Nikel, home to Nornickel's smelting shop that was shut down in December 2020

“In the 1990s, the volume of sulphur dioxide emissions from the Kola MMCMining and Metallurgical CompanyGo to the glossary was about 490,000 tonnes, but this year this figure will be less than 30,000 tonnes. The culmination of this effort is the closure of the smelting shop in Nikel. Nornickel approached this comprehensively, from both a technological and a social point of view. The decision affected 659 employees, most of whom wanted to remain with the company, according to a survey. We developed a social programme with compensation payments for the rest. In all, 72% of the shop’s employees moved to other jobs within the company. We will apply the same approach this year when we close our metallurgical shop in Monchegorsk,” said Evgeny Borzenko, head of Nornickel’s Kola Division and Director General of Kola MMCKola Mining and Metallurgical CompanyGo to the glossary.

Sustainable development of the district requires transformation of the former industrial zones. That is why Nornickel has launched a programme to develop the Pechenga District. The company’s Senior Vice President for Sustainable Development Andrey Bougrov presented these measures during the roundtable discussions.

“In June 2020, we launched an investment projects contest. As a result, Nornickel will award up to 30 million roubles worth of financing for the growth of businesses in the Pechenga District. Eleven projects have been selected. The project ideas vary greatly: production of abrasive materials, a dairy farm, a hotel in Zapolyarny, a plastic recycling factory and others. All this will improve the infrastructure and the image of the Murmansk region, making it more attractive for investors,” said Andrey Bougrov.

Bougrov also comment on how the development of the Pechenga District fits into Nornickel’s environmental strategy and broader sustainability goals.

Konstantin Dolgov, Deputy Chairman of the Federation Council Committee on Economic Policy, noted the importance of Nornickel’s participation in the social and economic development of the Pechenga District: “This is of strategic importance for the Murmansk region and the country as a whole. The fact that the company supports measures to maintain levels of employment, assists its former employees from closed production facilities, and helps small and medium-sized businesses, demonstrates that Nornickel is fulfilling all its social responsibilities. It was a good move for the company to prioritise supporting the development of domestic tourism ... such initiatives are important not only for the district and the region, but also for the entirety of Russia’s Arctic area.”

One of the projects for the development of tourism infrastructure in the district will be a recreation and extreme sports park, which will include, amongst other facilities, a skiing and acrobatic centre, and a diving school. Another major initiative will be a housing renovation programme for the Pechenga District.

“[The renovation programme] will require several billion roubles. Its first stage, expected to start in 2021, will involve the demolition of unfit homes. Nornickel has provided substantial support for this initiative. With the company’s help we will also develop the healthcare sector in the Pechenga District. The total cost of the programme has amounted to about 10 billion roubles. I am sure that through the joint efforts of the municipal government, the company, and local citizens, we will be able to improve the quality of life in the Pechenga District,” said Tatyana Russkova.

The roundtable participants emphasised that the scale of the project for the socio-economic development of the Pechenga District demonstrates that there is no conflict between big businesses, sustainable development, the quest to reduce environmental impacts, and maintain social stability in the region.

“The closure of the smelting shop in Nikel has pronounced effects in terms of the environment and reducing the negative impact on the atmosphere. But it was important for the authorities to see how the social challenges that inevitably arise after the shutdown would be resolved. These are issues of employment and social security for the outgoing workers. We consider the experience demonstrated by Nornickel a success. We have seen this example of very effective cooperation between business and regional authorities,” said Vladimir Burmatov, Chairman of the State Duma Committee on Ecology and Environmental Protection.

Andrey Kuznetsov, head of the Pechenga District, and Andrey Fomenko, director of the Second School Social Project Centre, explained how the development programme was created. They reminded that the company has always been involved in the life of the district. Thanks to the company, a hockey court, a figure skating school, and reconstructed swimming pool and other sports facilities appeared there.

At the end, the speakers answered questions of the roundtable attendees. One of them asked whether the competition for investment projects will become a regular event.

“I don’t see any obstacles to that. But let’s first see how the projects that won this year will develop and what effect they will have,” replied Andrey Bougrov, Nornickel’s Senior Vice President for Sustainable Development.