Nornickel to give grants to Taimyr’s indigenous peoples

World of Taimyr, NornickelPublic Joint Stock Company "Mining and Metallurgical Company "Norilsk Nickel” and its subsidiariesGo to the glossary’s first grant competition, has drawn to a close. The tribal communities, non-profit organisations and public institutions that won will use the grants to implement projects for preservation of long-standing traditions and for development of territories where the Taimyr Peninsula indigenous minorities traditionally reside. 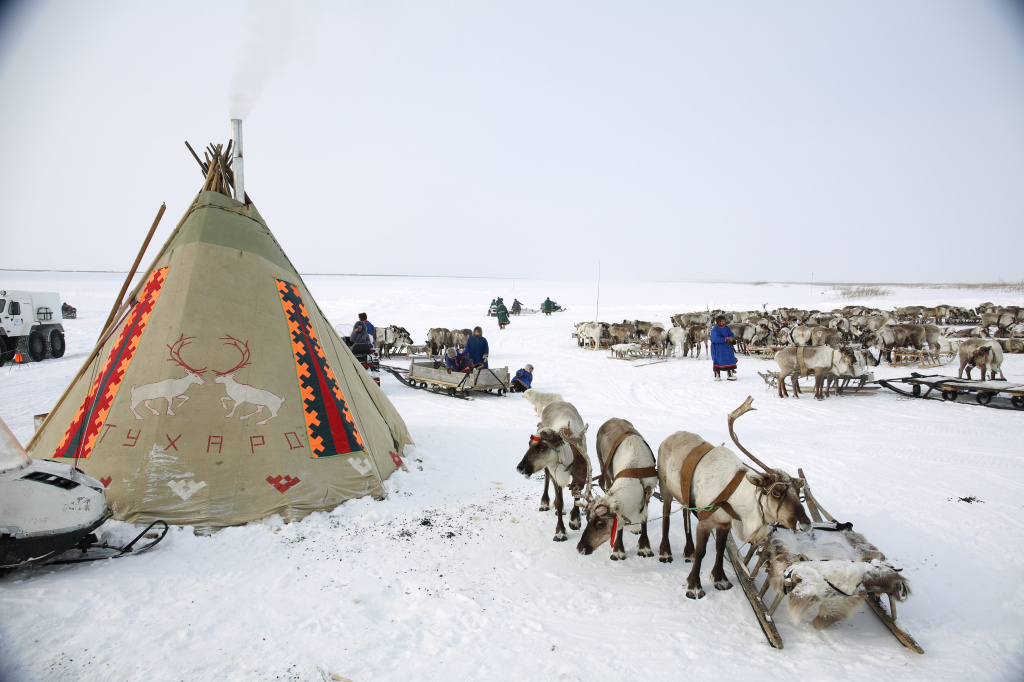 The pool of grants totalled RUB 46 mln. The CompanyPublic Joint Stock Company "Mining and Metallurgical Company "Norilsk Nickel"Go to the glossary is going to support 28 social development initiatives to be implemented in

“For our community, participating in World of Taimyr is an opportunity to gain support and train mentors, as well as a unifying experience. Obviously, we’d like to win and get a grant, but taking part has already proved useful: the support experts helped us mould our idea into a proper application. Things like this matter to our organisation,” said Alexander Shirokikh, chair of the family (tribal) community of northern indigenous minorities Iydyna (“Moonlight”).

Local authorities have also noted the competition’s role in developing and promoting the territories. “The competition and the support for public initiatives really make a difference for non-profit and municipal organisations of Taimyr. The grants will not only help preserve long-standing traditions and practices, but also foster the territories’ development through generating jobs, advancing tourism, and promoting distance learning,” said Tatiana Druppova, Deputy Head of Education and Culture of the Taimyrsky Dolgano-Nenetsky Municipal District.

Out of the competition’s four focus areas, the Taimyr’s Ideas category, encompassing the revival of cultural legacy, support for gifted children, and development of national sports, received the most attention with 17 winning projects worth a total of RUB 15.5 mln. The project requiring the most funding (RUB 4.5 mln) was one submitted in the Taimyr’s Opportunities category — the TYYAKHA ethnographic park prepared by the Tyyakha family (tribe) community of indigenous minority peoples of the North. The team behind the project plans to build an ethnic-environmental settlement that will display household and cultural items of Taimyr’s indigenous minorities.

The experts hosting the competition noted top-notch preparation and work that had gone into most project submissions, not least because for two months the consultants and experts of the support programme under the World of Taimyr competition had assisted the contestants with their submissions.

“The projects that ended up winning are all very advanced, distinctive and vibrant. Their authors were able to identify and design social technologies that will invigorate the region and produce sustainable and positive changes. The construction of ethnic and sports facilities, establishment of family and linguistic clubs, support for crafts and creative workshops, environmental campaigns, cultural festivals and cross-pollination with the neighbouring regions — all of these are important initiatives that will foster the development of the Taimyr territory,” said Larisa Zelkova, Senior Vice President of Nornickel.

The award ceremony will take place at the beginning of April during the celebration of Taimyr’s 90th anniversary and Reindeer Herder’s Day. Starting 1 June, the winners will start bringing their projects to life.

For the list of winners, visit the website of the World of New Opportunities charitable programme — http://nncharity.ru/.

The World of Taimyr project competition is aimed at creating the conditions for sustainable development of the territories where Taimyr’s indigenous minorities traditionally reside. It is an essential element of the World of New Opportunities charitable programme. The competition (held for the first time now) supports social initiatives by non-profit organisations of Taimyr’s indigenous minorities, family (tribal) communities, and state and municipal institutions that are registered and operating in Taimyr. The projects are to be implemented in the Taimyrsky Dolgano-Nenetsky Municipal District, Krasnoyarsk Territory. The first competition saw 84 applications.