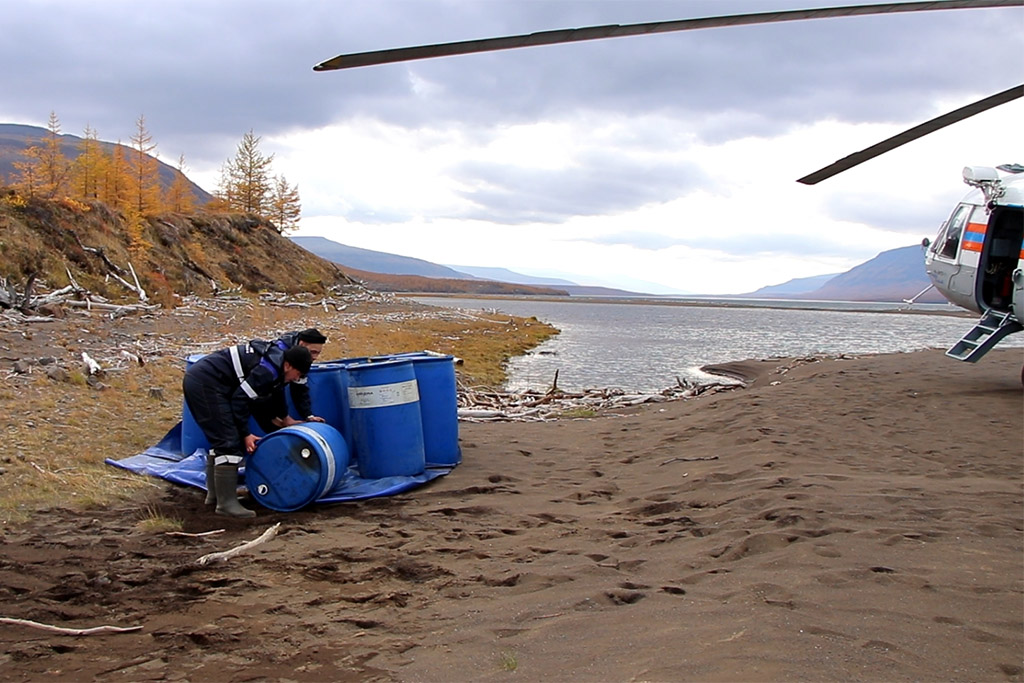 In 2019, the Clean_Ayan project won the World of New Opportunities, a grant competition organised by Nornickel. Supported by the Company, employees of Taimyr Nature Reserves engaged volunteers in a large-scale clean-up of the Arctic. Three major sources of waste left at Ayan from the Soviet times were localised. Near the estuary of the Amnundakta River (an old base for geologists and surveyors), hundreds of kilograms of scrap metal and 417 barrels of fuel and lubricants were collected and prepared for removal (barrels were extracted from the bog and lifted to the high bank of the river). Near the southern shore of the lake, volunteers collected the remains of abandoned equipment, boxes with batteries, fire water tanks and other debris. Near the estuary of the Gulemi River, waste barrels filled with fuel and lubricants were collected.

The waste will be removed by helicopters until the end of the year. The bulk of the work has already been completed. Nornickel provided transportation for people and equipment entering and leaving the clean-up area at the lake, with one additional plane for waste transportation provided by the Russian Emergencies Ministry (EMERCOM).

“Waste collection at Lake Ayan is a standalone project as reaching the lake is both hard and expensive. Thanks to our joint efforts, the waste we collected there will be removed,” says Maxim Mironov, CEO of the Norilsk Development Agency. 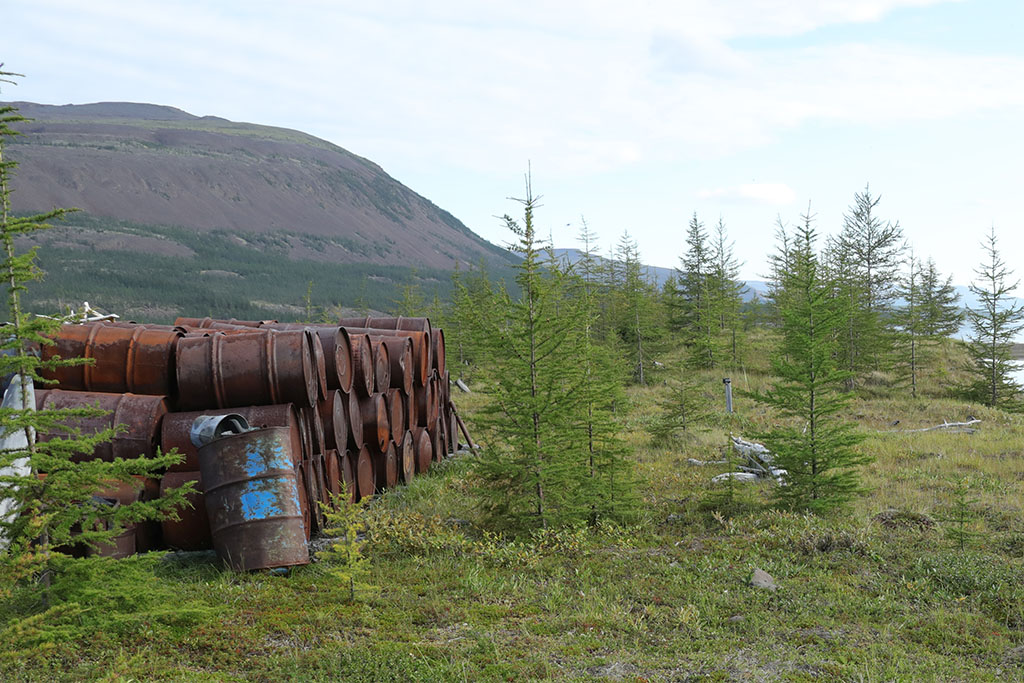 “It is great that a project initially supported by Nornickel continues evolving while we go ahead with environmental safety efforts in this unique part of our planet. Together we are making the Arctic cleaner. Many areas still require clean-ups, but the first step has been made, and that is what matters,” says Natalya Dunaeva, Head of the Charitable Programmes Office at Nornickel.

In April 2021, Nornickel launched a large-scale programme named Clean Norilsk, earmarking over RUB 40 bn for the sanitary clean-up of industrial areas. Since the launch of Clean Norilsk, dedicated teams have already dismantled 64 buildings in the industrial area of Norilsk, collecting some 73 kt of construction waste and removing over 5 kt of scrap metal. The programme will be in effect all year round.