A group of scientists from Russia’s Academy of Sciences has embarked on a comprehensive study of the ecosystems and environment of the Arctic in an expedition to the Taymyr Peninsula at the invitation of Russian mining giant NornickelPublic Joint Stock Company "Mining and Metallurgical Company "Norilsk Nickel” and its subsidiariesGo to the glossary. As part of its expedition, the group is tasked with developing proposals and recommendations on the best environmentally-friendly practices and solutions for industrial companies operating in the Arctic. 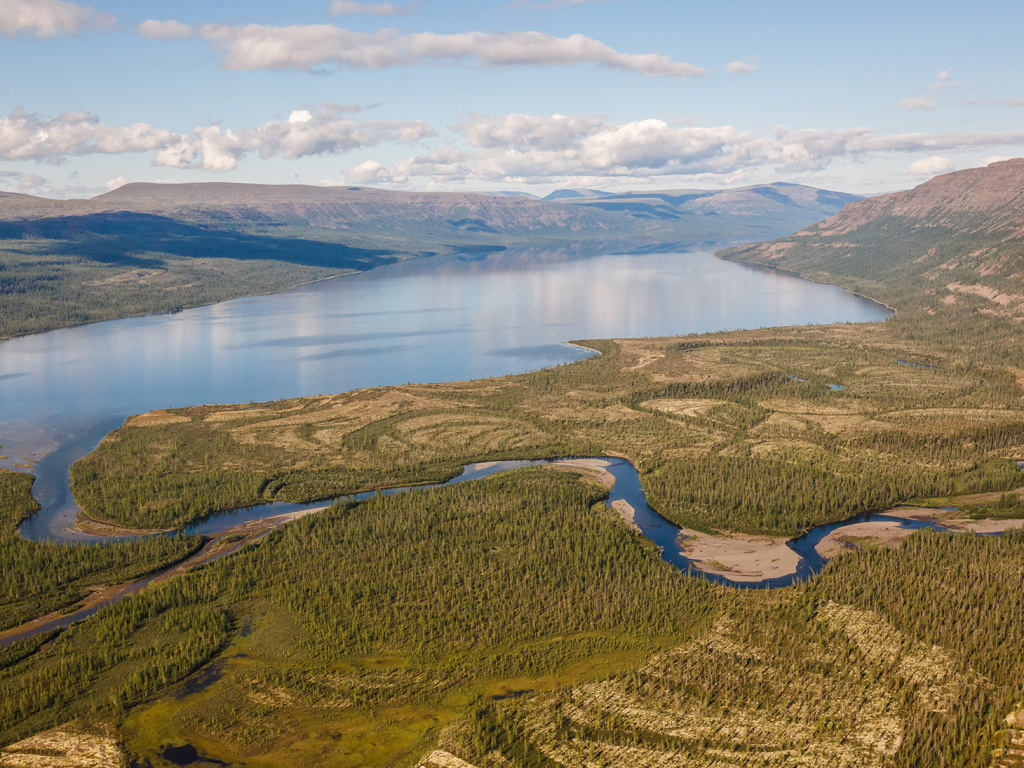 The objective behind the expedition transcends the need to find viable, sustainable environmental solutions to solve local problems — the group’s findings are expected to form the basis of new principles of management in Russia’s Arctic. The scientists will take into account both the experience of other countries engaged in resource extraction in polar latitudes and domestic developments.

The group comprises specialists in various fields, from geology to botany, petrochemistry to economic forecasting, all of whom have previous field experience and were recommended for this research by the heads of 14 academic and scientific institutions.

The route of the Great Norilsk expedition will cover the basins of the Taymyr rivers of Pyasina, Norilka, and Ambarnaya (Ambarka), as well as Lake Pyasino and Lake Lama. Over the course of five months (July — November 2020), the group of scientists will have to assess the magnitude of changes that have taken place in the Arctic over recent years.

“Such expeditions and in-depth studies beyond the Arctic Circle have not been carried out in several decades. From the very moment of its founding, the Siberian Branch of Russia’s Academy of Sciences has espoused the principles of multidisciplinary research and close cooperation with industry. Today, we are certain that only by combining the competencies of the leading institutions in Siberia can we count on an effective result that will truly meet the needs of Russian companies operating in this region,” said the expedition’s scientific director Valentin Parmon, Chairman of the Siberian branch of Russia’s Academy of Sciences. “The detailed study will produce data concerning four main areas: the condition of water and bottom sediments, soil conditions, the state of biodiversity, and engineering and geocryological (i.e. permafrost) conditions. This will allow us to gain a holistic picture of both anthropogenic and natural changes in order to develop both specific recommendations and a general management concept for the Arctic under changing conditions.”

“Today, we clearly understand that without an in-depth study of and reliable scientific knowledge about the Arctic, there can be no plans for the future,” said Nornickel CEO Vladimir Potanin at the start of this research. “For the implementation of large-scale plans for the Arctic’s development, it is important to know what geological and biochemical processes were the result of both natural and anthropogenic changes. Nornickel, as the region’s leading industrial developer, is aware of its responsibilities and intends to revise its existing approach to industrial ecology based on the results of the Great Norilsk expedition.”

The participants of the Great Norilsk expedition come from the following institutions:

The Siberian Branch of the Russian Academy of Sciences was established in 1957. It is the largest regional branch of Russia’s Academy of Sciences, with scientific centers and institutes in Novosibirsk, Tomsk, Krasnoyarsk, Irkutsk, Yakutsk, Ulan-Ude, Kemerovo, Tyumen, Omsk, Barnaul, Biysk, Kyzyl, Chita, Norilsk, and Abakan, among cities. The Siberian branch supervises the work of 86 research organizations. Its areas of research include mathematics and computer science, energy, mechanics, control processes, nanotechnology and information technology, physics, chemistry, biology, earth sciences, economics and humanities, and medicine and agriculture, in addition to interdisciplinary research. About half of its members are based at the Novosibirsk Scientific Centre. The branch has a total membership of 11,582 scientists, 110 of whom have written post-doctoral theses; 114 of these members are employed by scientific organisations affiliated with the Siberian branch. The Chairman of the Siberian Branch of Russia’s Academy of Sciences is Valentin Parmon.

MMCMining and Metallurgical CompanyGo to the glossary Norilsk Nickel is a diversified mining and metallurgical company, the world’s largest producer of palladium and high-grade nickel, and a major producer of platinum and copper. The company also produces cobalt, rhodium, silver, gold, iridium, ruthenium, selenium, tellurium, and sulphur, among other products. The production units of Norilsk Nickel GroupPublic Joint Stock Company "Mining and Metallurgical Company "Norilsk Nickel” and its subsidiariesGo to the glossary are located at the Norilsk Industrial District, on the Kola Peninsula, and Zabaykalsky Krai in Russia as well as in Finland and South Africa. MMC Norilsk Nickel shares are listed on the Moscow and on the Saint-Petersburg Stock Exchanges, ADRAmerican Depositary Receipt; a security representing partial ownership in deposited securities of a foreign company certified by receipts issued by a US depositary bankGo to the glossarys are traded over the counter in the US and on the London, Berlin, and Frankfurt Stock Exchanges.