The participants of the Great Norilsk Expedition presented the results of their work at the Russian Academy of Sciences and answered questions from environmental specialists. 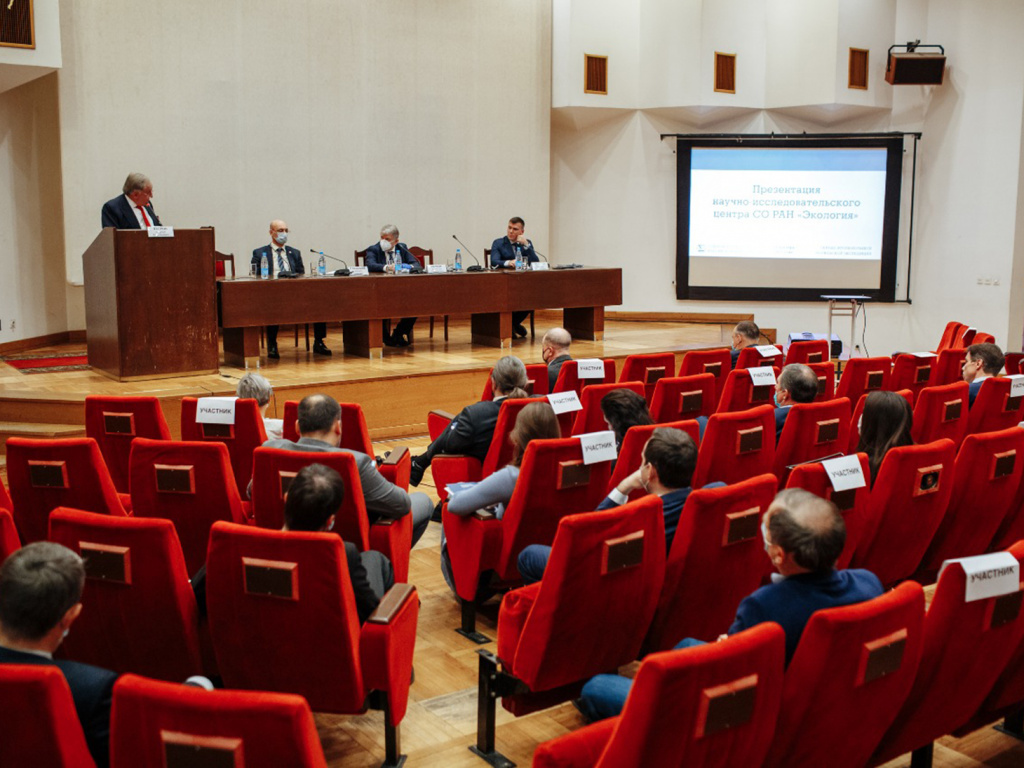 During the field stage of the expedition (July-September 2020), scientists from 14 institutes of the Siberian Branch of the Russian Academy of Sciences collected about 2,000 samples of water, soils, bottom sediments and living organisms in the Norilsk industrial region and on the Taimyr Peninsula and carried out the measurement of permafrost soils. Next, the research moved to the laboratories of the academic institutes in the cities of Novosibirsk, Tomsk, Barnaul, Yakutsk, Krasnoyarsk and Norilsk. Scientists were asked to outline an accurate delineation of the contamination plume after the May accident at TPP-3 near Norilsk, identify or disprove the occurrence of oil products in living and non-living objects, restore the chronology of anthropogenic pollution in Taimyr, and track changes in the food base of the inhabitants of tundra and in permafrost conditions.

Field and laboratory studies became the basis for developing a report on the condition of the territory surveyed by the scientists. The report presents the results of research in seven main areas: “Geophysics and geochronology”, “Permafrost soils”, “Hydrobiology”, “Surface waters”, “Soil and vegetation cover”, “Bottom sediments”, and “Bio and zoological diversity”.

The research results confirm that the Norilsk industrial region is a major geochemical anomaly where the natural geochemical background is anomalous for nickel and copper in all parts. It is characteristic of all deposits that accumulated before the start of the economic development of the region.

The condition of terrestrial ecosystems near Norilsk to the Ambarnaya river delta was recognised as unsatisfactory in terms of the level of pollution and transformation. However, according to the scientists, with distance from the leak the condition of the territories improves from satisfactory in the section from the Ambarnaya River to the sources of the Pyasina River, to excellent from the mouth of the Tareya River to the Kara Sea.

The study of soils at the site of the emergency diesel fuel storage facility at TPP-3 and beyond shows that the thawing of permafrost at the base of reservoir No. 5 and subsidence of the pile foundation, confirmed by the study, could have been caused by underground drainage, the source of which is a lake located near the destroyed object.

Partial degradation of plant communities has occurred in the study area, the report says. The damage in the floodplains of Daldykan and Ambarnaya rivers was recognised as serious. “The actual biodiversity of the entire region is relatively low,” the scientists say. “Moreover, no changes caused by the fuel spill were observed in the sampled organisms.”

Valentin Parmon, Chairman of the Siberian Branch of the Russian Academy of Sciences, commented on the results of the expedition: “The Great Norilsk Expedition is an important step for the Siberian Branch of the Russian Academy of Sciences. We are back to exercising the very functions for which the Academy of Sciences was created — solving national issues. In this case, we are talking about environmental problems. At the request of NornickelPublic Joint Stock Company "Mining and Metallurgical Company "Norilsk Nickel” and its subsidiariesGo to the glossary, we conducted a comprehensive expedition for the first time in 30 years. The results go beyond the company’s interests, but this is exactly what is required from science, as we are studying the current environmental conditions in our country.”

Andrey Bugrov, Senior Vice President at Nornickel, said at the presentation of the report: “The goals of the Great Norilsk Expedition were not only to investigate the causes and consequences of the incident at TPP-3 in Norilsk, but also to commence a large-scale and comprehensive study of Taimyr’s ecosystems and climate change over recent decades. The CompanyPublic Joint Stock Company "Mining and Metallurgical Company "Norilsk Nickel"Go to the glossary will carefully study the report presented at the Academy of Sciences and will continue collaboration with fundamental science to introduce new approaches to economic management in the Arctic in the face of increasing environmental requirements from the government and growing public demand for cleaner production. It is possible that one of the results of the expedition will be the development of certain regulations, including regulatory acts of nationwide scale, defining the framework for conducting economic activities in the Arctic regions with very fragile ecosystems.”

The Great Norilsk Expedition was organised by the Siberian Branch of the Russian Academy of Sciences (SB RASRussian Accounting StandardsGo to the glossary) in July 2020 at the initiative of PJSC MMCMining and Metallurgical CompanyGo to the glossary Norilsk Nickel. The expedition team included scientists from 14 academic institutes, who conducted field research during July-September, and then performed laboratory studies of samples for two months. The result will be the development of a new concept and principles of economic activity in the Arctic zone of Russia. While studying the ecosystems of Taimyr and the Norilsk industrial region, the SB RAS and Norilsk Nickel signed an agreement on the joint implementation of a long-term programme to eliminate the consequences of the oil spill in Norilsk, as well as to develop regulations for industrial production in the Russian Arctic, taking into account the principles of sustainable development.